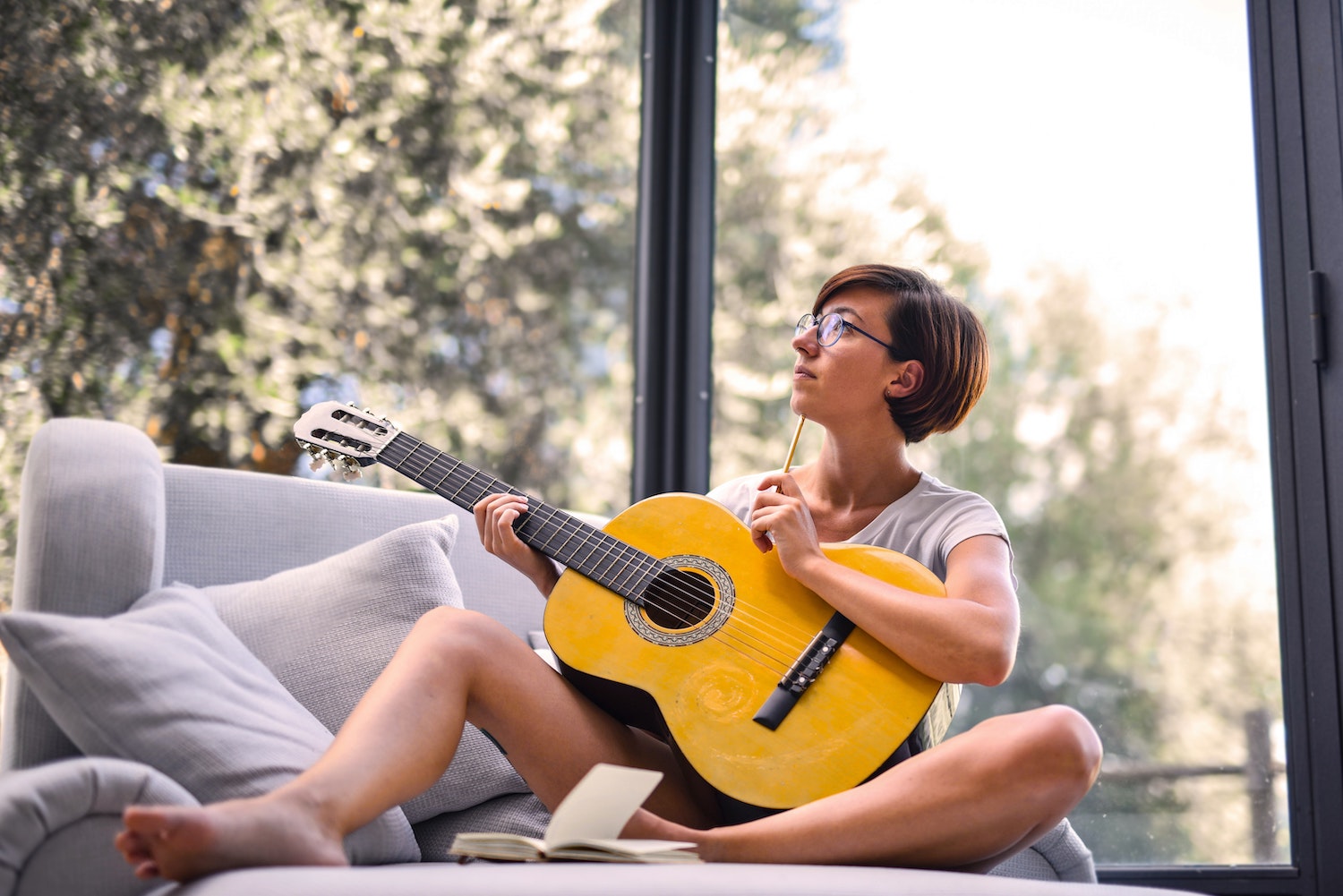 Words are great! But lyrics can be tricky!

And they are so important when it comes to writing songs. Can you imagine Mr Dylan’s music without his prophetic and poetic words? Would Mr Bowie’s genius be complete without his elaborate and abstract lyrics? And where would Sir Elton be without Bernie Taupin?

Consider even the plastic pop songs which you may have gushed to as a youth but cringed to as an adult. The lyrics have to be just right so that target market is hooked.

On the subject of hooks, words themselves can be massive contributors in the formation of that piece of magic which sticks in your mind and follows you around like a puppy.

Think about Cathy Dennis and Rob Davis who had the nerve to offer us a succession of “La-la-la”s when they catapulted Kylie to worldwide success with “Can’t get you out of my head”.

Songs fall into place in many different ways. Some writers prefer to have a chord pattern in place first. Some have a melody bouncing around in their heads which starts the ball rolling.

Others will want to write words first. Maybe about a loved one. Or maybe about things which are happening in the world at that time. And good lord, there’s plenty to write about at the moment.

But still, sometimes, the right words just don’t want to appear. Much hair will be pulled out and many a good melody or chord progression will be thrown away in a hissy fit because the right words remain hidden from view.

So when you get a plea for help from your student songwriter, your own child or maybe just a friend who knows there is a song in there somewhere, what is the answer to the mystery of the bricked up lyric?

In the first instance, tell them to look around. If the mind offers nothing but a blank page then let the world chatter away for a while and see what happens.

In my book, How to Write a Song, I decided that I would write a song on the hop as I moved through the book. In this way I could show the readers exactly what I meant at each stage. And so having talked about the building blocks of a song, then stressed the need for at least one solid hook, then found a way to create a strong chord pattern, it was time to decorate my song with the right words.

It started with a friend I bumped into who when asked how his day had been, answered – “Living the dream mate! Living the dream!”. I didn’t miss the irony but did make a mental note of his reply.

“Living the dream”. Good words. Strong and evocative whichever side of the irony you want to look in from.

Then a couple of spam e mails dropped into my inbox. The first was trying to get me to do a survey – yawn! But the tag line was “Speak your mind and share your thoughts”. I liked it and wrote it down.

Next was an author advertising his new horror book. “You’ll hear the whispers, then you’ll hear the screams”. Nice. Write it down.

One time when I had my own lyrical block, I found myself staring around my room and caught sight of a book on my ‘to-read’ pile. It was “Dead Man’s Blues” by Ray Celestin. It turned out to be a great read but those three words…. Very hooky. Very cool. Write it down!

There is inspiration all around us in the things people say, write or just do. Maybe something you hear or read will be the first spark. It may just supply something you can chew on, play with or chop up. But if you look, you will most definitely find.

The song I wrote as my book progressed ended up being called “Throwing Shadows at the Sun”. I had looked at the news feed on my phone and there was some fuss because one of the well known news anchors hadn’t turned up to present a show. Why? I didn’t care. What was interesting was the excuses which were being offered as to the absence. One comment used was..

A short period of rumination later and I had “Throwing shadows at the sun” and a Chorus lyric which read….

So essentially, my mate’s bad day and a news reader who didn’t turn up gave me all I needed to work with. And oh the double irony…. I ended up writing a song about the frustrations of writing a song!

Of course, the world is a strange, scary and story filled place at the moment. In the same way that books, documentaries and films will offer thought and commentary on these events, the song too can be a great way of letting go stress, worry or confusion.

In 2011, a musical buddy, Glenn Keiles and I secured contracts to go into schools in the most deprived areas of the UK with Songwriting workshops. Our sessions at a South London school coincided with the riots and it’s fair to say that pretty much every child in the room knew someone who was involved in the rioting.

The students were bright and full of life and vitality. But under privileged would be an accurate way of describing their lives and surroundings. Tensions were high both in and out of the classroom.

Glenn and I agreed that the best starting point would be simply to talk to these kids. So we did. We asked them about their feelings and fears. They giggled when I wrote pretty much all of what they said down on a white board.

But they started to take note when I chopped up and chewed their own words. From the mouths of babies came brutal honesty and reflection, but the point was that they could see how expressing their thoughts and writing them down provided that spark which when cajoled and encouraged became a verse, then a bridge, then a Chorus.

For sure, there were some comments which would not pass censorship but that was another lesson learned. It really must be the RIGHT words. Careful and considered. We worked in particular on trying to say something indirectly or, in a way, saying something one step removed.

For example, if your sentiment is hate or fear then intentionally try and say what it is you want to say, without the vitriol. Without the hate or fear.

Conversely, as Glenn and I discussed with our budding Dylans, if you are trying to write a love song, have a go at writing a love song without the word ‘love’. Without the roses or the angels.

Either way we found the right words with those kids and when we had stuck them to a few chords and a melody there was collective joy and a feeling of accomplishment.

Our sessions also involved recording the song there and then. We took mobile recording equipment, mics and headphones. Equipment these kids had little or no exposure to. And the delight was doubled as these kids realised that it was their own words which they then gathered around a mic to sing. Their own thoughts and fears became their own lyrics in their own song. It was a joy to see.

Those sessions in 2011 struck home very strongly the fact that, at times like these, helping our children and students to find the right words can be a small but important way of helping them process and deal with what is going on.

My friend Glenn and I are musicians and not psychologists. We succeeded in our musical mission in helping those students create and record a song from scratch. But the feedback from the kids themselves, from their teachers and parents was that in fact, helping them to find the right words for their song had such a wider benefit in that it seemed to open the pressure valves. Maybe just a little, but with a tangible and heart-warming effect.

It’s one part of the beauty of music and underlines how important songs can be.

Especially those with the right words!

How to Write a Song, Learn how to bare your musical soul with confidence, is available now on Amazon Kindle.